//
you're reading...
The documentary

Home & thinking back on the donors in the film

We made it home safely yesterday! Our last interview was on the way home, and the contrast from previous interviews was striking!
We stayed in Little Rock the night before interviewing Cathy. She donated in August, and we have become good friends since then. Now, when she said she lived about 45 minutes outside the city, we were NOT expecting what we were in for. AdsI put the address in the GPS, I got a “some sections of trip are on unpaved roads.” WHAT??? Well, it was her driveway. It was very long, and there was a house halfway up. We pulled in, and just then, I got a text directing us to go all the way to the end. Keep in mind I drive a little VW Golf. So, it was slow-going up the driveway, and we ended up on a mini farm. It was so cool! Three dogs ran out to greet us, and as soon as I got out of the car, I yelled “Where the *&@$ are we???” There were miniature horses, two donkeys, five dogs, and two cats. One of them is 18 and sat on my lap for a good portion of the interview. It was so quiet and peaceful out there. I kept thinking that just a few days earlier, we were on the roof of an apartment building in Manhattan, overlooking the city. Cathy and her husband, Bob, were so awesome and comfortable to be around. We had a great lunch, too. One of the things that meant the most to us along the trip were the meals and treats given to us for the trip. 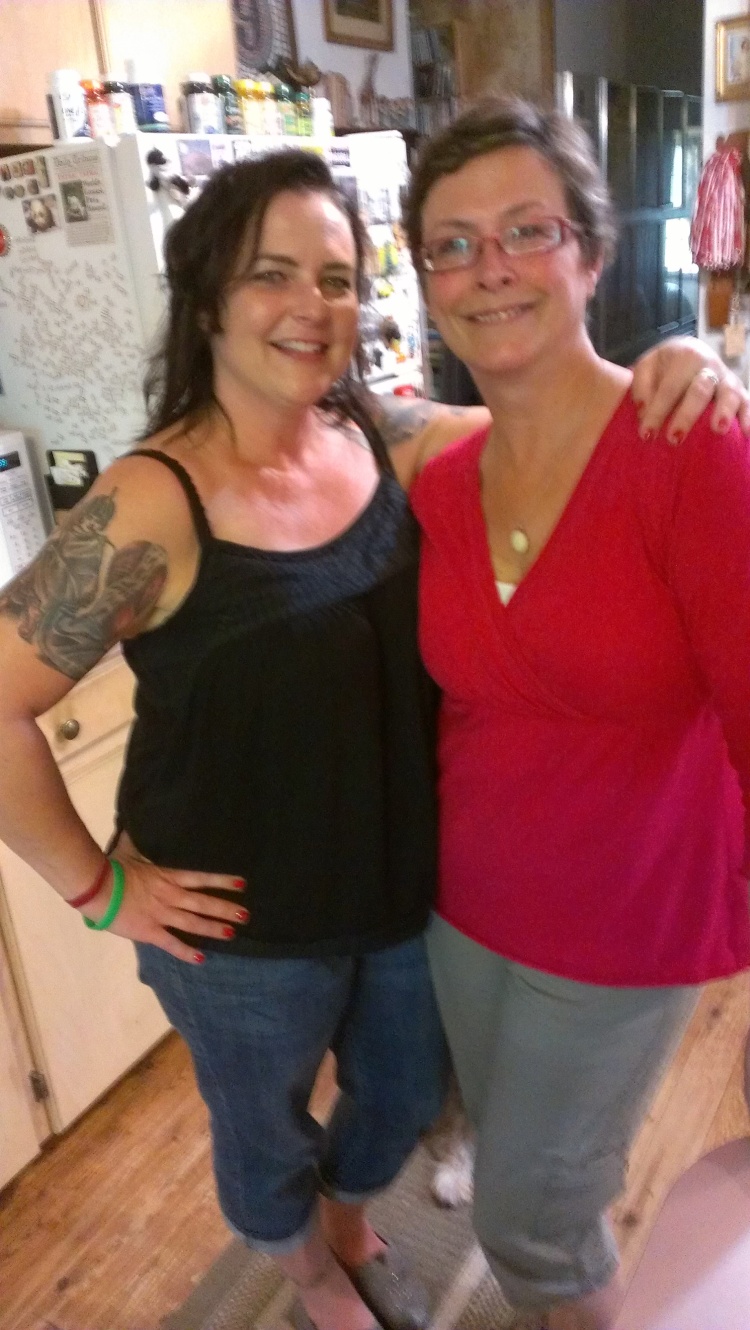 Then, it was homeward bound! Everything was so green and Jimmy got some great shots as we drove over the Mississippi. Our next stop was in Oklahoma City for a night. We were watching the weather intently, because we had heard of bad storms in the area. We got socked that night with tornado warnings, thunder, lightning, and very high winds. I was very sad to hear that the next day (yesterday), they were hit with a 2-mile wide tornado.
We then drove to Albuquerque. I have never had a good experience there, so I wasn’t too excited to get there. We made the most of it, and prepared to leave earlier than normal, since it was our last day on the road.

As we got to Arizona, I was a little sad. That trip was amazing! We met great people, saw a lot of cool stuff, and got a lot of footage. Jimmy said he’s got about 50 hours to sift through as he begins the editing process. The rough cut will take a few months, and we will continue to raise funds for the final edit and submission fees for film festivals.

I can’t believe it’s over. I was really sad when I got home yesterday. Of course, I was glad to be HOME, but we were in such a film making mode, that it felt weird to be home. This morning, I am doing my laundry and finishing the unpacking. Even though I slept well last night, I’m pretty exhausted and won’t be doing much today.

I can’t wait to see the final product!!!

I'm a Social Media junkie, stand-up comedian and kidney donor. What else???
View all posts by fabamy »
« Freezing on the East coast, and on our way home!
We filmed with my “brown family” last night! »